It won’t have escaped followers of my Instagram (abrunetteedit) that over half term we spent some time in Devon and treated ourselves to lunch out at the South Sands hotel in Salcombe. Mr Bristol and I had visited a couple of months earlier, when we were child free for the weekend, and loved it so much we booked to go back as a family. The hotel is tucked away at the far end of Salcombe on South Sands beach at the head of the Salcombe estuary.

The restaurant is situated at the back of the hotel, over looking the beach and couldn’t be any more picturesque if it tried! We were lucky enough to sit out on the terrace on our first visit and enjoyed a delicious crab sandwich in the sun with a sea view. This visit however the weather wasn’t as kind and we choose to sit inside. Despite this, the restaurant has floor to ceiling glass doors and windows out to the terrace and beach so the stunning views do not go to waste. 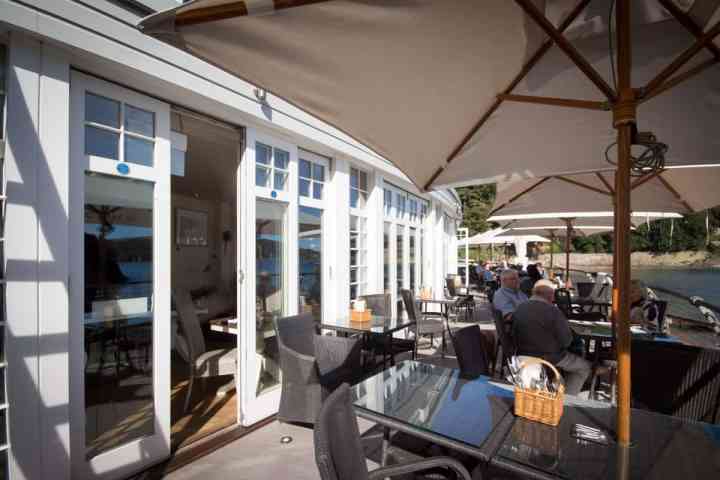 We had booked a table at 12.30 but as per usual the smaller ones were getting hungry and the restaurant accommodated us at 12.00 without hesitation. We were shown to our table in the main dining area (there is a separate bar area) and the girls were given their menus, which doubled up as an activity sheet, and some crayons. This gave us just enough time to study the menus and order! On the day we visited the restaurant were running a 3 course menu offer which seemed too good to refuse so we decided to go all out! There is also a separate children’s menu with the usual offerings, of which they of course rejected anything from the sea and choose sausages and mash!

After some deliberation Mr Bristol and I decided to treat ourselves to the Lobster as a main course, not something we would usually order but we were on holiday after all…..I choose a goats cheese and watermelon salad to start and Mr Bristol went for a warm cheese scone and chutney (basically the carb -iest starter he could find!).

Without prompting the waiter suggested bringing the girls mains with our starters, and noted their very vocal requests of ‘no gravy’, and our following up of this with ‘this is very important!’. The starters and girl’s food arrived quickly and was delicious, Mr B declaring it the best scone he had ever had. When in Devon…….

The lobster was also delicious, served with chips and salad, and got quite a few interested looks from neighbouring tables especially as we attempted to extract the meat from the claws using the various implements provided! 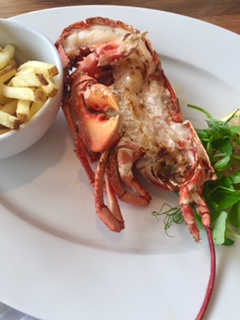 The children’s portions were huge and they turned down the offer of a pudding. We however ordered a warm rice pudding with elderflower sorbet and shortbread and a rich chocolate tort with raspberry sorbet both of which were devoured by all four of us of course! 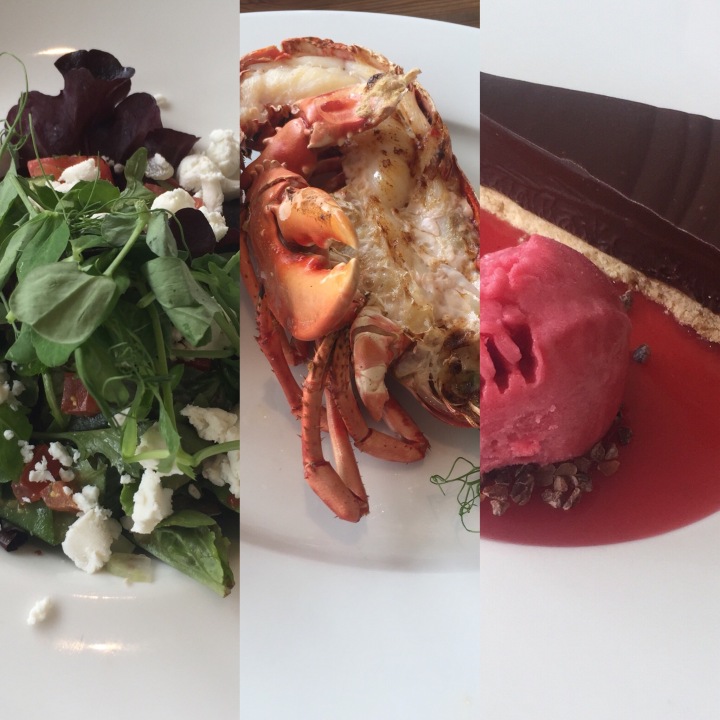 The lovely thing about this restaurant is that it has direct access down to the beach and so the girls were able to go and have a potter on the beach with us being able to see them from the restaurant. You can also catch the sea tractor from South Sands over to Salcombe town centre which makes a fun after lunch activity, or walk up the hill directly behind the hotel to Overbecks National Trust.

During lunch we spotted another table having afternoon tea which looked amazing and beautifully presented. We will definitely be returning in the near future to sample this….!